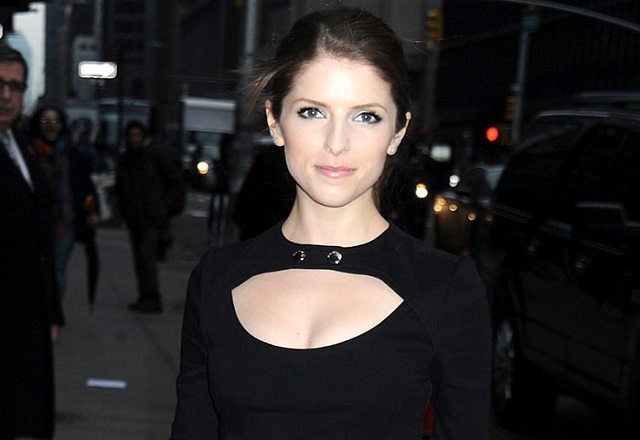 The 29-year-old actress wore a Carven belted dress featuring a large cutout at the chest that highlighted her cleavage.

She paired the sexy dress with a stunning pair of Christian Louboutin “Corsita” ankle boots in black and purple.

Although the dress was rather unexciting, don’t you admire Anna for managing to walk in her red bottom Christian Louboutin ankle boots? 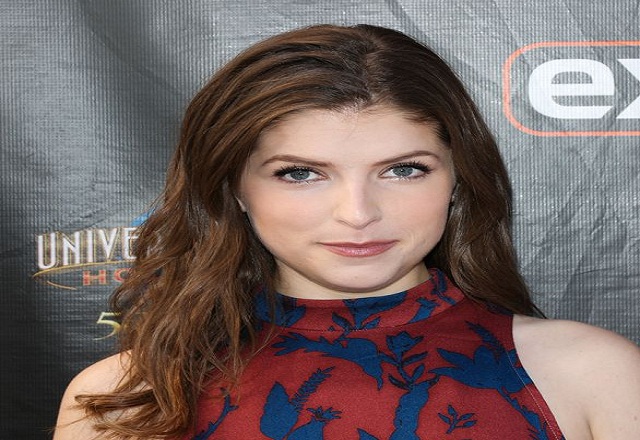 The color version that Anna wore is not available online yet, but the black and leopard-print versions are equally stunning.

Anna Kendrick confesses that when she’s in a musical movie, she can’t help but take her on-screen persona to real-life and regularly busts into song in public. 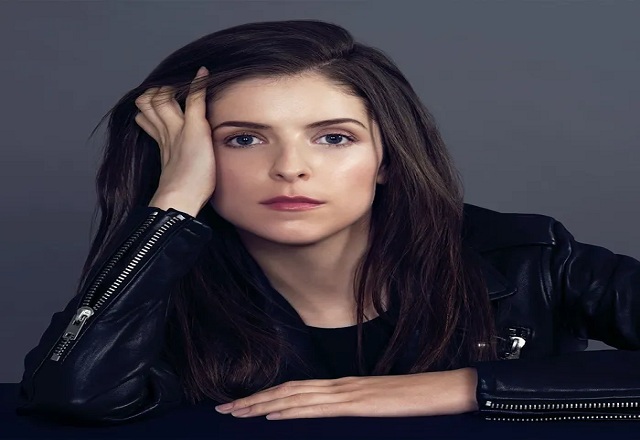 But Anna admits there’s some funny drawbacks — like she found herself beatboxing percussion notes while grabbing cereal at the grocery store. Tune in for more with Anna Kendrick.