Jennifer Aniston looked stunning on Monday as she filmed Apple TV’s The Morning Show in a “killer outfit” – a stunning black suit.

Posting a photo that was an instant hit with fans, the 52-year-old could be seen sitting in an office chair whilst laying backwards and showing off her legs.

“And it’s only Monday,” she captioned the shot, insinuating that she was tired.Fans, however, had other opinions, with Gwyneth Paltrow writing: “But you got legs for dayssss.”

A second added: “You killed this outfit, wow!” Whilst a third remarked: “Oh, so this is what a badass, independent and powerful woman looks like.”

Many couldn’t help but express their joy at her return to social media. “Looking gorgeous as always! We’ve missed you!” said one. A second wrote: “Oh my god!! I am very happy to see you here blessed in my feed! You are active, it makes me so happy.”

Jennifer has been busy since filming resumed for her hit TV show, The Morning Show. She’s also recently reunited with her Friends co-stars to film a reunion special episode, which will no doubt excite fans.

While she has been busy with work, the actress recently received some good news – she will become a great aunt this year!

It was recently revealed that Eilish Melick – daughter of Jennifer’s half-brother, John Mellick III – is pregnant with her first baby. 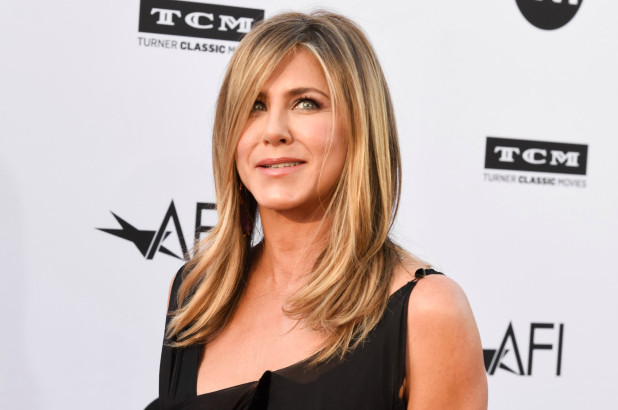 Eilish and her husband, Sean Nebbia, shared their happy news in December, posing together with their ultrasound images. Just recently, Eilish shared a sweet snapshot of her bare bump, writing in the caption: “Oooh baby, baby.”

Jennifer was the only child born to Nancy Dow and John Aniston, but she does have two half-brothers. John Mellick III is Nancy’s son from her first marriage to bandleader John T. ‘Jack’ Melick Jr.