Kristen Stewart decided that getting dressed was overrated at the New York Film Festival this week. The platinum blonde actress was there to promote not one — but two — films premiering at the event and seemed to forget a few noticeable pieces of clothing every time she stepped out of the house.

On Monday, Kristen hit the red carpet in a deep red suit from Sandro. She paired the trousers with their matching blazer but decided to forgo wearing a shirt. 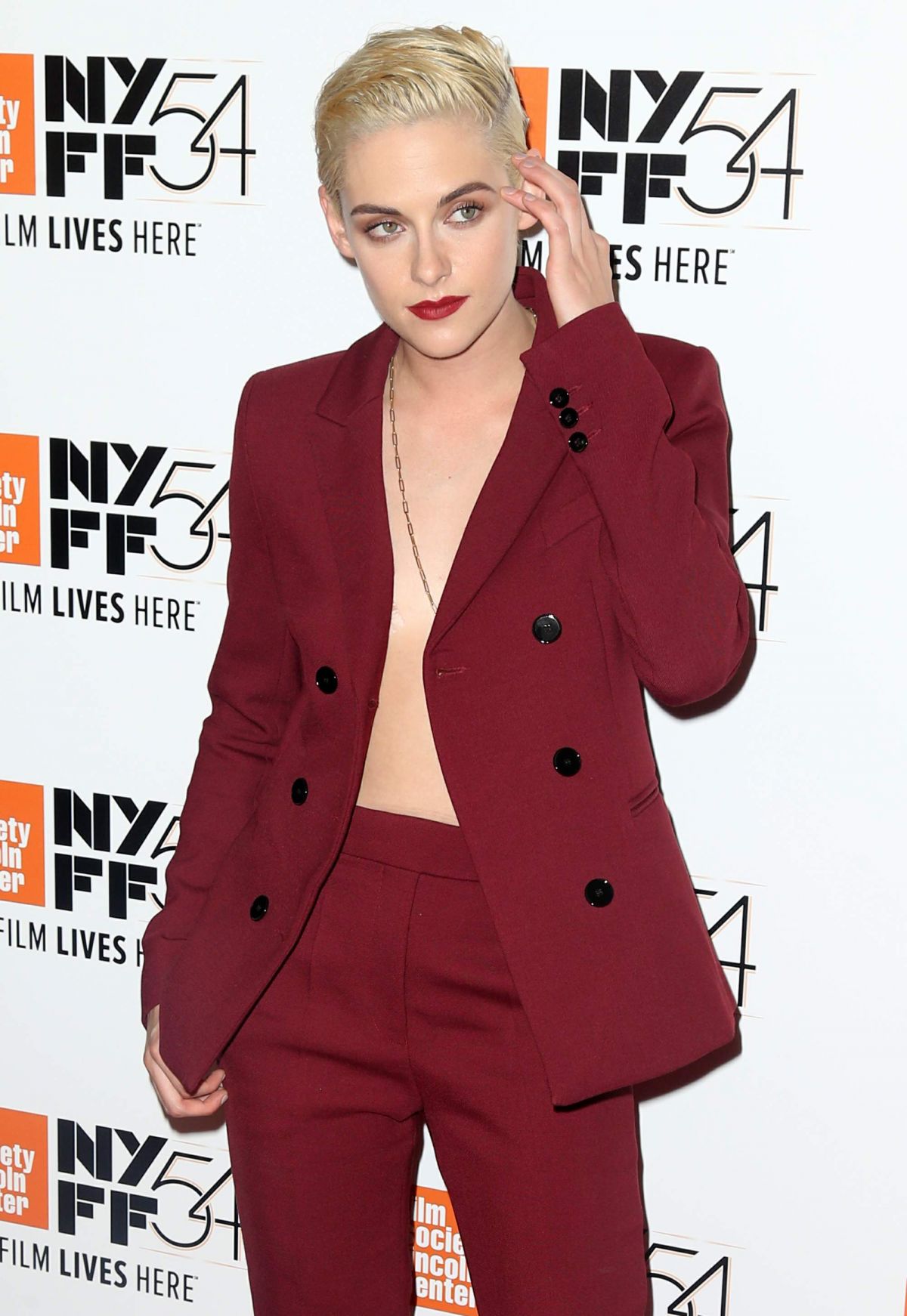 The look was even more daring when you consider the fact that her blazer wasn’t even buttoned. Now that’s a wardrobe malfunction waiting to happen. 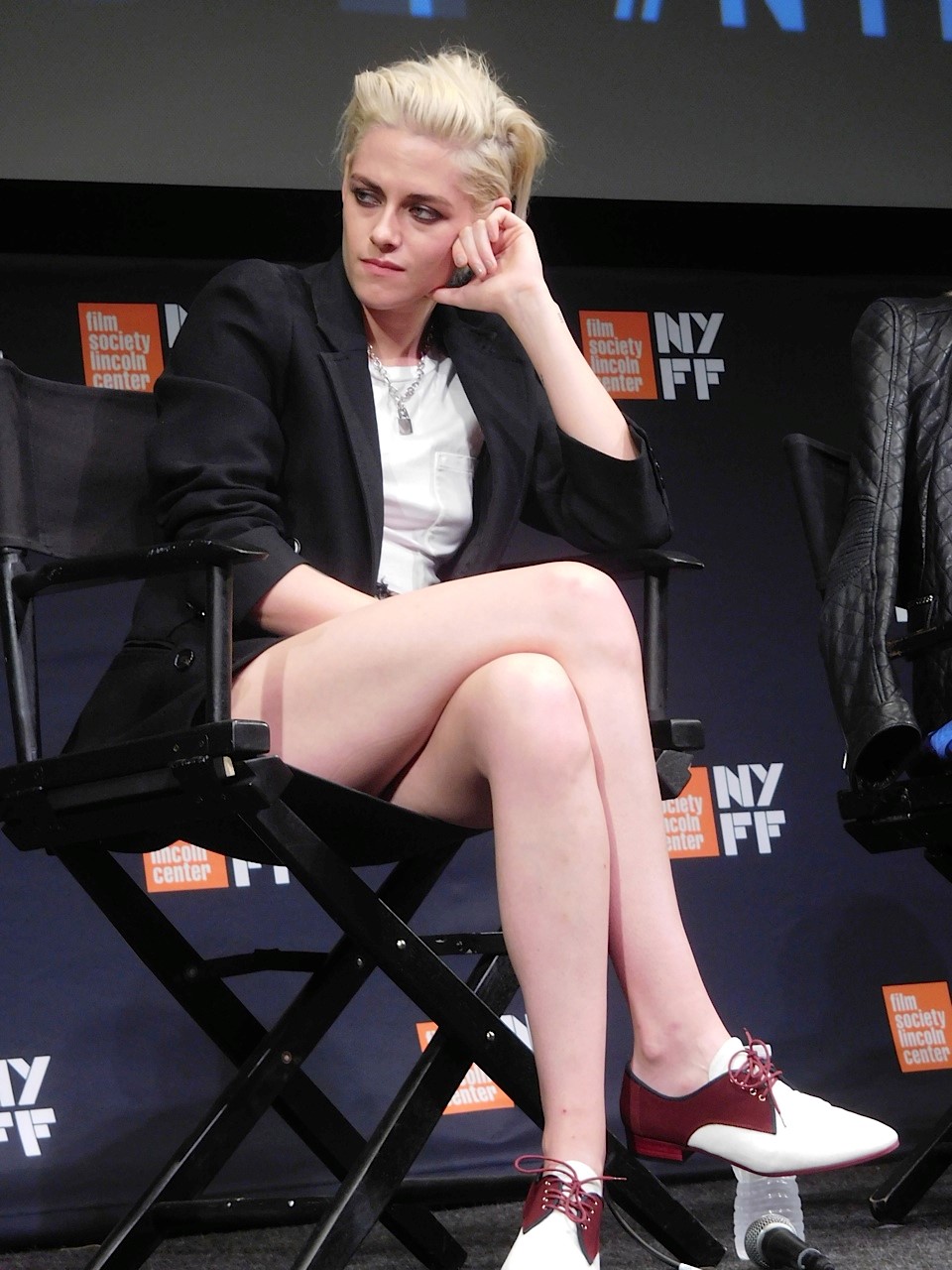 Having gotten through Monday without a single fashion mishap, Kristen took her look to the next level on Tuesday. She was seen out and about in a white Chanel T-shirt, topped by a black 3.1 Phillip Lim blazer.

Apparently she was wearing little Chanel tap shorts underneath, but you’d never know it. To the untrained eye, it seemed as though Kristen skipped out on wearing pants altogether — perhaps to celebrate the last warm day of the year. 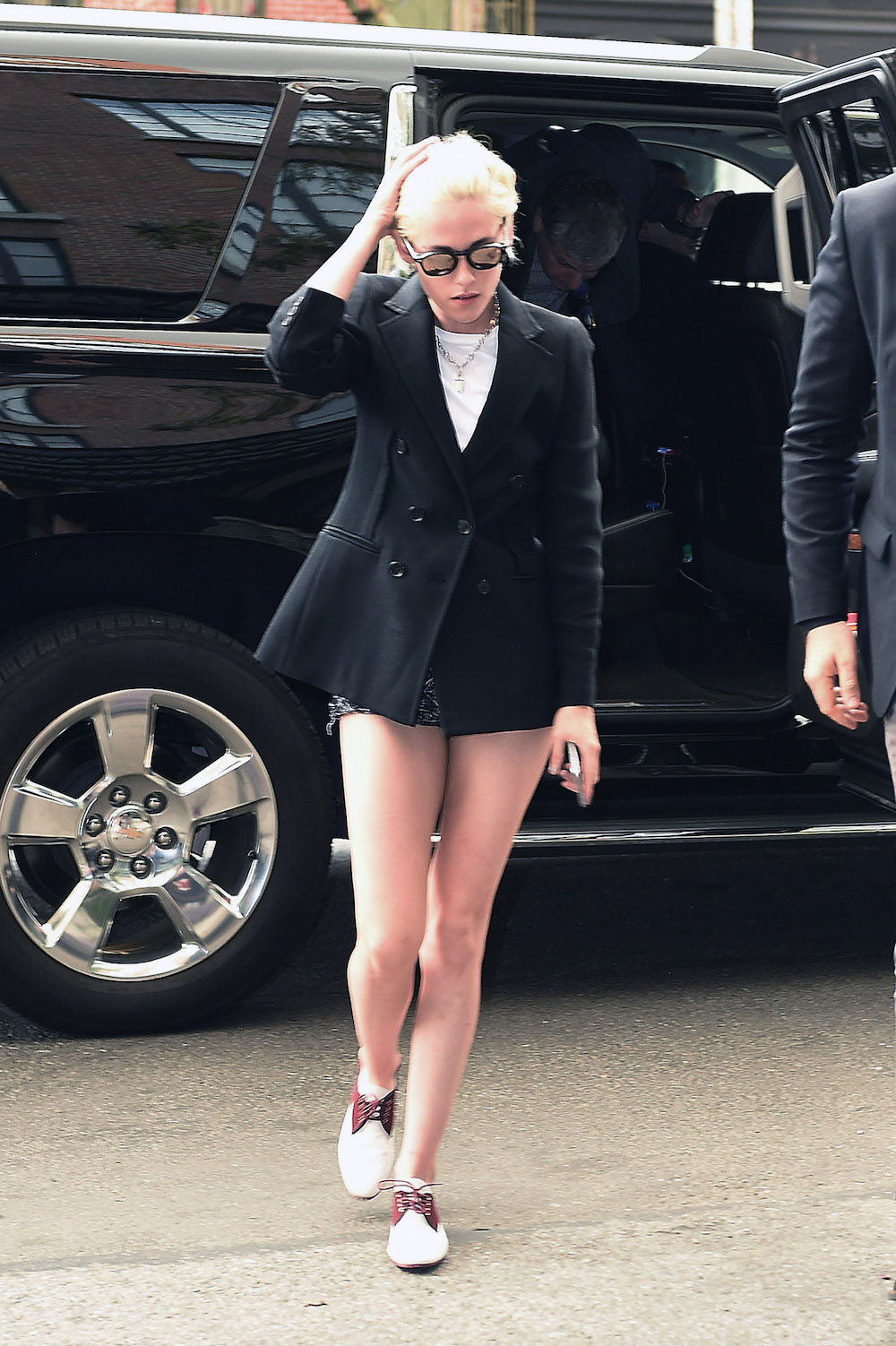 Whether or not you’re willing to take these fashion risks yourself, you can’t deny that Kristen masters the suiting trend. By showing a little extra skin, she’s definitely taken the masculine look into her own feminine hands.