Scarlett Johansson went all out glam as she attended the premiere of new project Jojo Rabbit at the Toronto International Film Festival amid backlash for controversial comments made about Woody Allen.

The actress came under fire last week after saying that she would work with the director Woody Allen again and believed he was innocent of child sexual abuse allegations.

However, Scarlett seemed unfazed by the controversy as she posed on the red carpet for the absurd World War II comedy written and directed by Thor Ragnarok director Taika Waititi.

Looking every inch the star of the silver screen, Scarlett opted for metallic tones, pairing a draped silver dress with unique ruffling detail (we definitely couldn’t pull this off!) with barely-there jewelled sandals and layered silver necklaces. 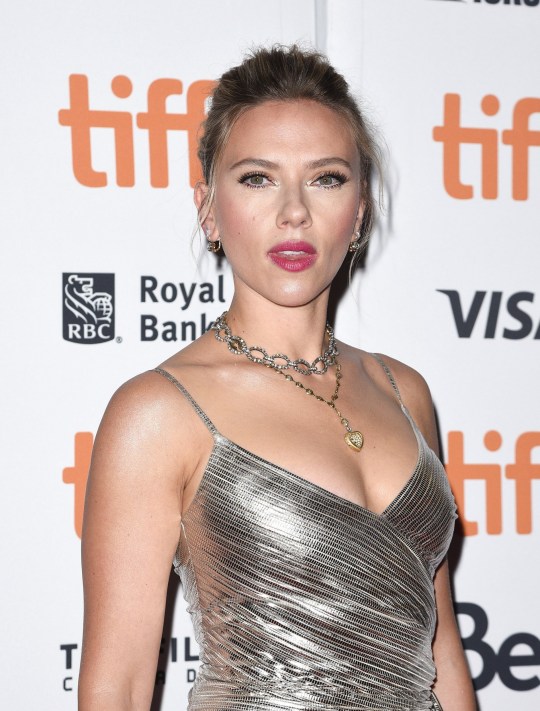 Jojo Rabbit stars Taika as Hitler (yep, that one!), the bumbling imaginary friend of JoJo Bunny played by Roman Griffin Davis, a lonely German boy who joins the Hitler Youth in Nazi Germany.

Making its debut to excellent reviews at the Canadian film festival, Scarlett was joined on the red carpet by her co-stars Alfie Allen, Stephen Merchant and Sam Rockwell. 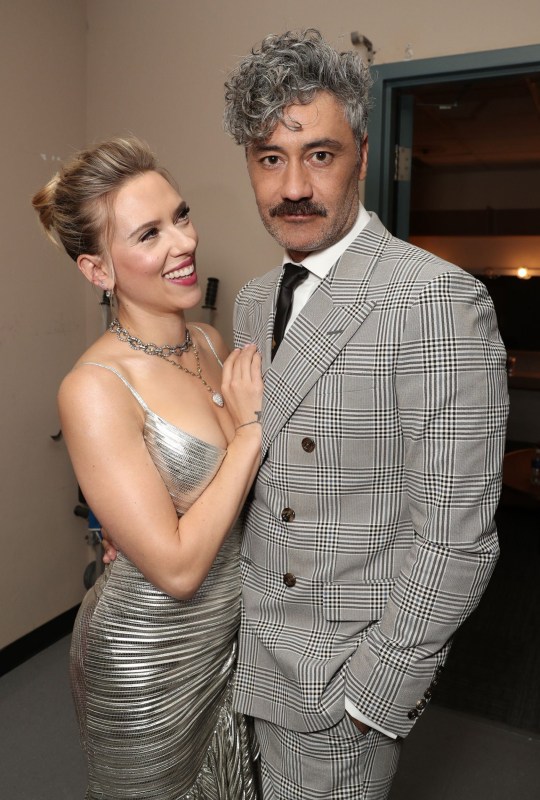 The 36-year-old actress put on a positive face for the cameras and fans, having found herself in hot water again after expressing her unwavering admiration for Woody Allen in the face of sexual abuse claims

When asked if she would join the likes of Timothee Chalamet, Greta Gerwig and Freida Pinto in denouncing the director and her previous work with him, Scarlet doubled down on her position. ‘How do I feel about Woody Allen?’ Scarlett asked, having worked with him on movies Match Point, Scoop and Vicky Cristina Barcelona. 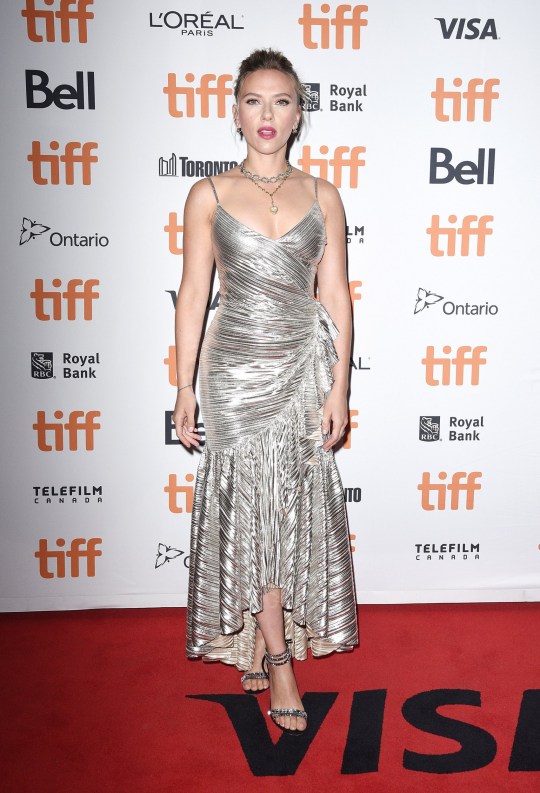 ‘I love Woody,’ she continued. ‘I believe him, and I would work with him anytime.’ Yikes. Woody’s career has been shrouded in controversy for 25 years, since the moment his daughter Dylan Farrow accused him of ‘sexually abusing’ her when she was a child, which the film director has vehemently denied.

Many people called out Scarlett’s hypocrisy in supporting the 83-year-old director, having been a vocal supporter of the Time’s Up movement and publicly criticising James Franco for supporting the movement in the wake of sexual misconduct allegations.